Though disappointed with Bl,Pr’s service we were still full of smiles to be heading out on a narrowboat holiday on a cracking hot sunny day.

I didn’t really take many photos to start off with. We were soon at the bridge by the marina to pick up our visitors for the weekend Jack and Rachel.

They stepped on at the bridge narrow but were suffering after waiting so long for us in the sun since 14.00hrs. It was now 16.00hrs. We pressed on well tick over so many moored boats, then when we got free of them I push on just shy of creating a wash on the bank.

Karen and then Jack took a hand on the tiller after Staverton Jack did well considering I imagined he was watching what I was doing, later I discovered while I was trying to hold the boat while on a swing bridge landing he didn’t know where neutral was on the throttle I was struggling to hold the boat he had her in tick over!

Then later Karen at the helm with Jack I’m in the hatches Ada-Jane with Rachel in the bow, Karen’s voice is rising ohhhh ohhh and Jack grabs the tiller I see reeds rubbing along the windows I lean over quick and hit reverse full throttle and we avoid ramming the bank just! Janey and Rach in the bow saw it coming and managed to duck.

I took to the tiller and we pushed on to Semmington, lovely country we were passing through. Soon we crossed the aqueduct over Semmington Brook. I noticed the lamp posts along the road at Semmington, so we started looking for a mooring. We passed the lovely Grey Hare moored up and the owners enjoying a glass of something table and chairs on the towpath.

I spotted a space and thought we ought to take it we were in sight of the road bridge. Got into the bank and out with the pins and all went well for our 1st mooring for the night. 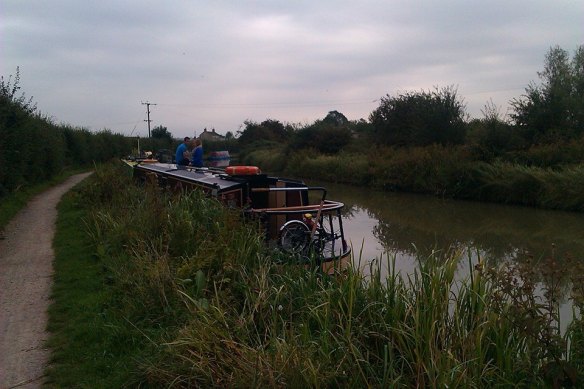 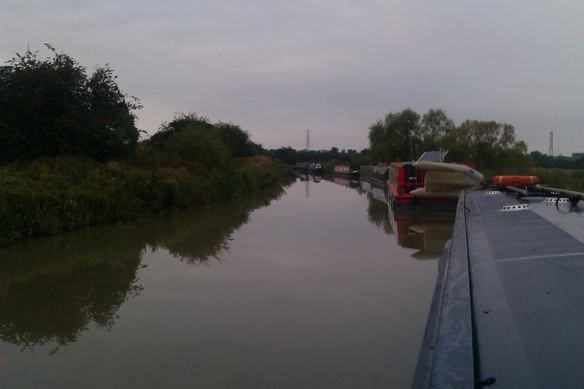 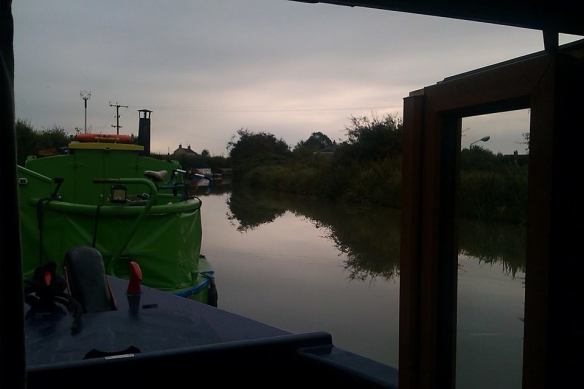 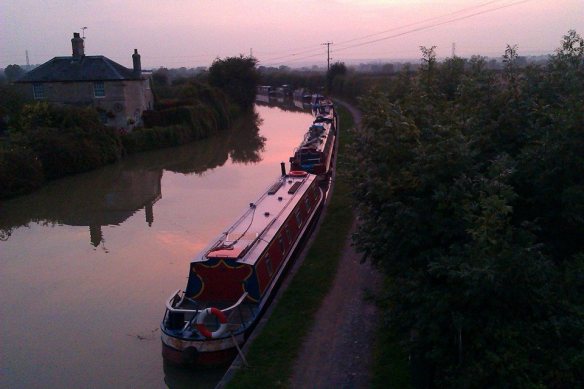 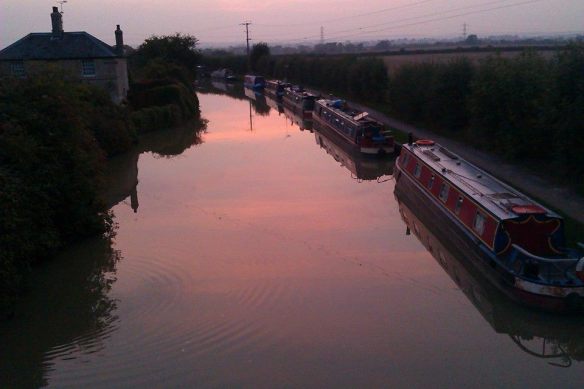 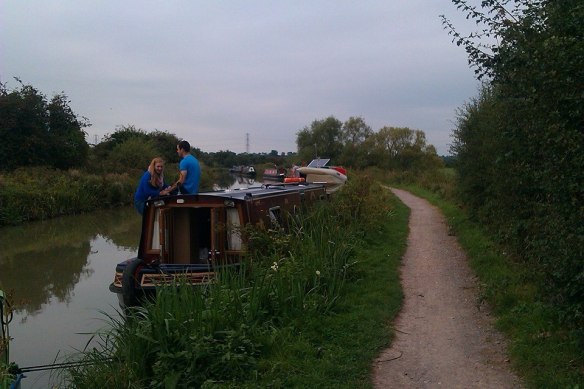 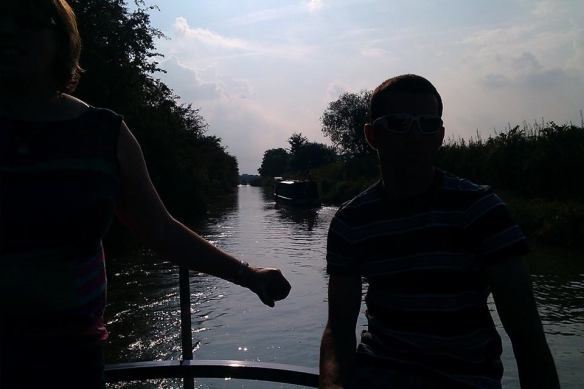 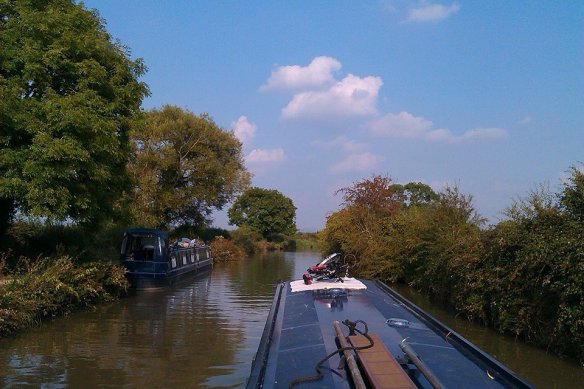 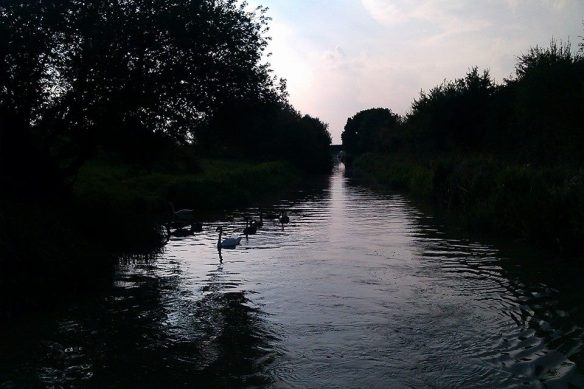